Home » Social backlash for AB InBev and why it matters

Social backlash for AB InBev and why it matters

Mastercard recently released its holiday Spending Pulse report stating that retail holiday sales increased 5.1 percent to more than $850 billion this year – I hope you saw your share of that spend in your market.  What does that have to do with AB InBev, you ask? One of the team members at Market Your Craft pointed out a social post from the craft division of the drinks giant last week that created quite a stir. What resulted was social backlash from the beer community; non-engagement from AB InBev; and ultimately removal of the post after hundreds of reactions within 24 hours.

Show me this colossal fail > 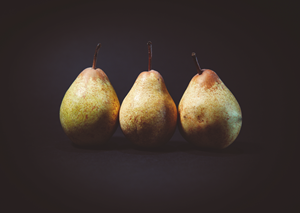 Wine, spirits, beer and non-alcoholic beverages are all competing for attention, relevance and customers. After seeing the post from AB InBev’s Wicked Weed Brewing promoting a Brettanomyces Farmhouse Ale fermented with pears, I was reminded of the crucial role that marketing plays in building – or in this case further eroding – brand credibility and authority. In a crowded selling environment where the buyer has access to “perfect” information, craft beer brands have to be better than this.

What follows is a high-level reminder to all of us on what to do before unleashing new brand content on the world:

Missteps like this one risk losing the customer forever. But remember to keep audience size in mind. To AB InBev’s benefit, we’re talking about a small, highly-vocal minority of craft beer customers that were impacted by the post over the 24-hour period. The collective pride of the Wicked Weed team will take a sharp hit, unfortunately, and more craft purists will cite the growing divide between beer for the masses or for the few. The influence of that vocal minority is significant within their social circles, to be sure, but the social backlash for Wicked Weed ultimately won’t result in a loss of sales volume for the parent. And, much like a conversation in passing, this will be a non-issue by next week. Your annual sales volume likely has fewer zeros on the end, so in terms of scale a mistake like this one might have a proportionately greater or more lasting effect. Not a threat by any means, just something to consider.

“But I don’t actively use social, let alone for posts like this,” you might argue. I completely get it – some craft beer brands rely on other forms of marketing to create and foster high-touch and -value relationships with their customers. Poor brand communication like this example from Wicked Weed can occur in any medium, from print to digital to events and everything in-between. The point is that you will benefit from looking at all of your customer touchpoints through the same lens to ensure consistency and brand relevance. Only then will you have a truly integrated marketing effort that will help drive traffic, build engagement and capture new sales without fear of social backlash.

Post from AB InBev on behalf of Wicked Weed, plus select responses:

What we’re reading this week: