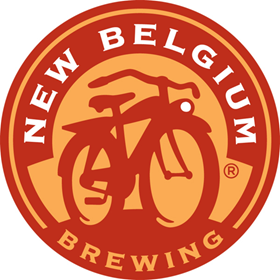 It’s been a while since I’ve thought/cared about New Belgium Brewing Company. Today I got to thinking, what’s going on with them, anyway? Here starts the rabbit hole I found myself in. It started out with an email from them this week with the “100% Employee-Owned” message front-and-center along with a main story feature on labels created by employees. Which begged the question:

1. Is “employee-owned” their new campaign storyline?

Sure, 100% employee-owned has been a mainstay since 2013 when Kim Jordan sold the company to its employees in a grand ESOP gesture to inspire investment and confidence in the brand. Two years later everyone hears the announcement that New Belgium was looking for a suitor, and would be “okay” with a big buyer like MillerCoors or Anheuser-Busch InBev, both of which were starting their craft brewery buying sprees and a multi-billion-dollar valuation wasn’t off the table. This article from Forbes was especially helpful remembering the chronology of it all.

2. Wasn’t there a lot of turnover at that time?

Is it possible that all of these folks left for “personal reasons,” or without providing any sort of public statement?! First, Christine Perich who had been with the company for over 16 years and was Jordan’s hand-picked successor as CEO, left in 2016. Then Peter Bouckaert, longtime brewmaster, in 2017, along with Jennifer Briggs, head of HR. Forbes cites that turnover doubled between 2016 and 2017 to 10% which was unheard of for the brewery where I myself applied to work at one point in my career. Lots of speculation surrounds the departures, I wont feed that. But that brings me back to my original question about marketing, because there was people-movement in that area, too:

Sounds like this gentleman has a lot of street cred through his work at Diageo…so why is it that he didn’t stay longer at New Belgium? He launched Dayblazer Easygoing Ale to great success, along with other accomplishments during his short time there. So why is it that his LinkedIn profile doesn’t reflect his time at New Belgium? Perhaps he’s taking a low-profile approach to his next opportunity, because someone was sure to pick him up quickly. Also reported by Forbes was the appointment of Steve Fechheimer from Beam-Suntory, my old employer, to the role of CEO after a nine-month search ending in July of 2017. But what about marketing, who filled that role?

4. Looks like Shaun Belongie was hired in January, 2018, as the new VP of Marketing

So, are we any closer to the answer for the question originally posed? Is “employee-owned” the new/old differentiator? Hard to say so early in Shaun’s tenture with the brewery. But early indicators point to a heavy digital and social focus, likely catering to the needs of the next generation of drinkers and their need for company transparency, mission clarity and social/environmental awareness. All key differentiators that make a company desirable in crowded industries – not just beer, but many others – when you want customers to date you exclusively versus exhibit their usual promiscous buying behavior. The new VP of Marketing has logged a number of notable accomplishments virally, including “Puppyhood” from Nestle Purina NA. If the most recent “ad-not-ad” posted on YouTube is any indication, it seems like all signs (and considerable marketing spend) are pointing to image advertising on digital channels. The fact that they call out, “Fat Tire never sold out,” in the video tells me that public/survey group percpetion is that they DID in fact sell out (hard not to think so with all the press in 2015 about the high valuation and hand-raising).

I don’t know. The socials definitely make mention of it, but the homepage of the website doesn’t…so I can’t imagine that it’s the overarching campaign storyline moving forward. Which seems odd considering the amount it must have cost to produce their video (and draw that kind of traffic to it, whew). It will be interesting to watch where this one goes, and if Shaun is able to turn the tides and help the brand regain any ground lost to smaller players over the past couple years (for example, 21 breweries in Fort Collins, CO, alone). If they DO decide to go forward with this, it’s not entirely differentiated because other breweries have followed a similar model. New Belgium is probably the only one that can storytell against it in a big way nationally. What do you think?